No student earned a Public Health/Community Nursing degree in Washington in 2018-2019.

In terms of popularity, Public Health Nursing is the 14th most popular major in the state out of a total 17 majors commonly available.

57,370 people in the state and 3,007,670 in the nation are employed in jobs related to public health/community nursing. 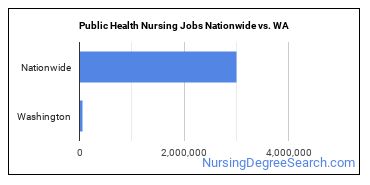 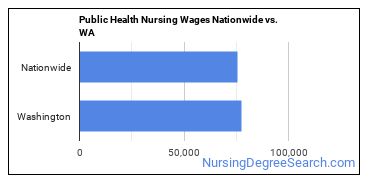 There are 2 colleges in Washington that offer public health/community nursing degrees. Learn about the most popular 2 below:

Students who attend this private institution pay an average net price of $34,947. The student to faculty ratio is 11 to 1. 97% of students get financical aid.

61% of students are awarded financial aid at this school. The full-time teacher rate is 79%. Graduates earn an average $44,900 after graduation.

Some of the careers public health/community nursing majors go into include:

Below are some popular majors in the state that are similar to public health/community nursing.