In 2018-2019, 17 students earned their Public Health/Community Nursing degrees in NY.

A Public Health Nursing major is the 21st most popular major in this state.

Public Health/Community Nursing majors in the state tend to have the following degree levels:

In New York, a public health/community nursing major is more popular with women than with men. 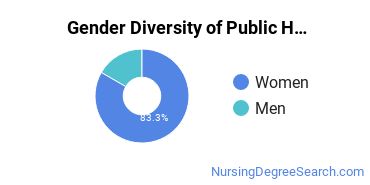 The racial distribution of public health/community nursing majors in New York is as follows: 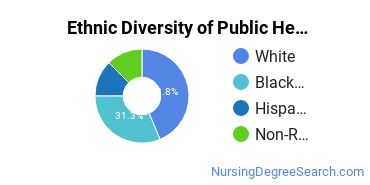 186,870 people in the state and 3,007,670 in the nation are employed in jobs related to public health/community nursing. 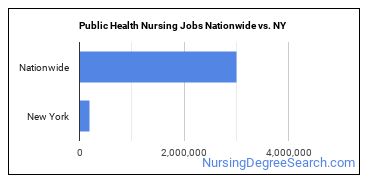 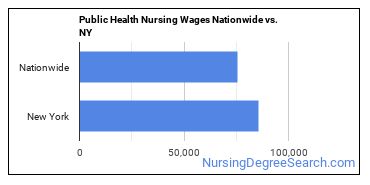 There are 5 colleges in New York that offer public health/community nursing degrees. Learn about the most popular 5 below:

The student to faculty ratio is 12 to 1. 87% of students are awarded financial aid at this school. Students who attend this public school pay an average net price of $2,796.

Grads earn an average early-career salary of $45,300 after earning their degree at this institution. The student loan default rate is 2.10% which is lower than average. 71% of the teachers are full time.

Roughly six years after entering college, graduates of this school earn $29,400 a year. 82% of students are awarded financial aid at this school. The average student takes 4.70 years to complete their degree at CSI.

39% of the teachers are full time. The student loan default rate is 4.60% which is lower than average. In their early career, The Graduate Center grads earn an average salary of $49,100.

56% of the teachers are full time. Students enjoy a student to faculty ratio of 11 to 1. 81% of students get financical aid.

Some of the careers public health/community nursing majors go into include:

Below are some popular majors in the state that are similar to public health/community nursing.