No student earned a Geriatric Nursing degree in Louisiana in 2018-2019.

As a degree choice, Geriatric Nursing is the 11th most popular major in the state. 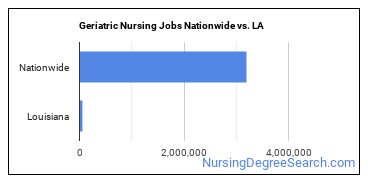 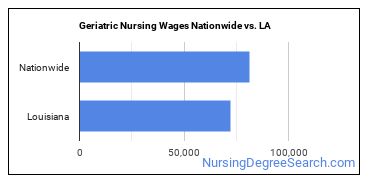 There are 2 colleges in Louisiana that offer geriatric nursing degrees. Learn about the most popular 2 below:

The student to faculty ratio is 16 to 1. In their early career, NSU grads earn an average salary of $30,700. The 9.40% student loan default rate is lower than average.

Southern University and A & M College

98% of students get financical aid. This public school has an average net price of $16,579. Roughly six years after entering college, graduates of this school earn $27,300 a year.