Sumner College is a private for-profit institution situated in Portland, Oregon. The surrounding area of the school is a good match for students who enjoy city life.

We have ranked Sumner College as #68 out of 1,284 colleges and universities in the country in our 2021 Best Colleges list. This puts it in the top 10% of all schools in the nation.

Sumner College has been awarded the following overall awards by our latest rankings.

These are highlights of some of the most noteworthy awards granted to specific programs at Sumner College.

Where Is Sumner College? 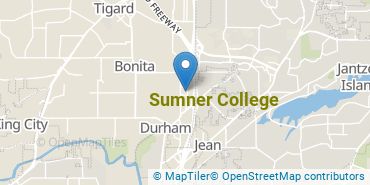 How Do I Get Into Sumner College?

You can apply to Sumner College online at: sumnercollege.edu/apply-online/?

How Hard Is It To Get Into Sumner College?

76% Acceptance Rate
54% Of Accepted Are Women
Sumner College has an acceptance rate of 76%, which means that is not quite as selective as some other schools. Still, you'll need good grades and a solid application if you want to be admitted.

Can I Afford Sumner College?

While almost two-thirds of students nationwide take out loans to pay for college, the percentage may be quite different for the school you plan on attending. At Sumner College, approximately 86% of students took out student loans averaging $10,941 a year. That adds up to $43,764 over four years for those students.

The student loan default rate at Sumner College is 7.7%. Although this is lower than the national default rate of 10.1%, you'll still want to keep this in mind when taking out student loans.

Of the 329 full-time undergraduates at Sumner College, 18% are male and 82% are female. 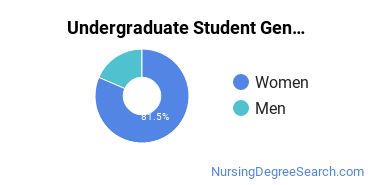 The racial-ethnic breakdown of Sumner College students is as follows. 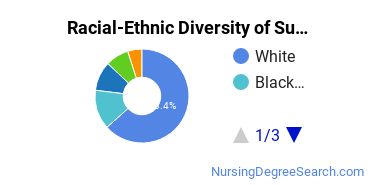